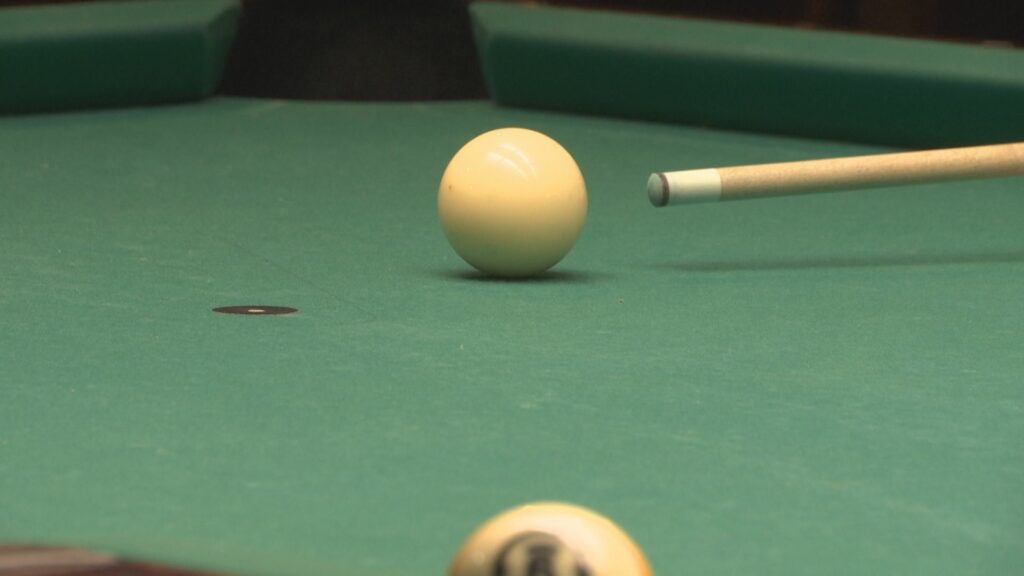 MEDFORD, Ore. — People near and far are raising money for Almeda Fire victims. One fundraiser today was organized around playing pool.

“It’s so heartwarming because we are a family,” said house pro at Rack ‘Em Billiards, Linda Carter.

26 pool players gathered to play in an 8-ball tournament benefiting 6 of their friends who lost everything in the Almeda Fire.

“I have you know, 5,000 friends on Facebook and I knew there were people from far away who would want to help,” said Carter.

She says players are required to pay an entry fee of $25, but everyone is allowed to donate more money if they want to. The money is going into a GoFundMe, which will be split 6-ways at the end of the tournament for their friends.

“People from far and wide donated to the GoFundMe. We also had special masks made with our logo ‘we will re-build’ and everybody in the tournament that signed up got one,” she said.

Mark Fenn, a competitor in the tournament, has been playing the game since 1985. He says coming out to support his friends who lost everything is a no-brainer, “I would come out for them and they would come out for me if needed… it’s very important and I’m glad everybody is here to help them out.”

Local friends aren’t the only ones helping the fire victims out – Carter says people have been donating to the cause internationally.

“It’s a pool playing community and, you know, we had to convert Canadian money and European money because people really want to give,” said Carter.

“The event really speaks for itself, you know, the outcome and everybody here,” said Fenn.