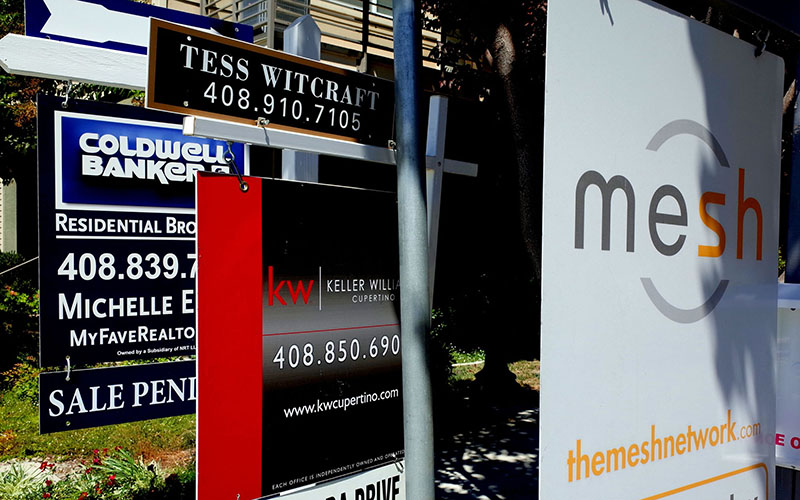 A strong housing market, combined with other lifestyle and economic data, landed five Valley cities in the top 25 on a recent list of the best real estate markets in the country, with Gilbert finishing fifth. (Photo by Travis Wise/Creative Commons)

WASHINGTON – Gilbert resident Nadia Saco bought the home of her dreams this August. But landing it, she said, was a “nightmare.”

Saco, 32, and her husband, who spent a year and a half looking for a larger home for their growing family, were outbid on two houses before finally winning a bidding war for the home they’re in now.

“We had to pay all their closing costs. We wrote a personalized letter with a photo of our family. And we still barely got it. We offered, I think, $10,000 over asking price,” Saco said.

That tight market was one of the factors that made Gilbert the fifth-best real estate market in the country in an Aug. 25 WalletHub ranking. Gilbert was one of five Valley cities in the top 25, followed by Peoria at 17th, Surprise at 20th, Tempe in 23rd place and Chandler in 24th.

The ranking was based largely on market strength, measured by average time to sale, median home price appreciation and foreclosure rates, among other factors. It also considered “affordability and economic environment” factors such as unemployment and health care infrastructure.

William Gray, former president and CEO of the Arizona School of Real Estate and Business, said the homebuying market has “been going gangbusters” since the beginning of the summer.

Demand is high across the U.S., but the market is particularly tight in Arizona because large numbers of people continue to move into the state, Gray said.

“We’re bringing in about 75,000 people a year, which is an amazing number. And we don’t have enough housing,” he said.

Gray said one reason for the high migration is Arizona’s favorable tax structure. Property taxes are “very low compared to many states in the East,” and the business climate is friendlier as well, he said.

“We see many people leave states because maybe there’s more regulation there than we have here, so it’s easier to start a business here,” Gray said.

That “advantageous business climate” also attracts businesses looking to expand and hire more employees, said Dan Henderson, Gilbert’s economic development director. He noted that Arizona, a right-to-work state, has no business inventory tax and no sales tax on manufacturing equipment, and that its low worker’s compensation and unemployment insurance rates are also appealing to employers.

Arizona also offers homebuyers “a quality of life that’s outstanding,” Gray said. Gilbert in particular is “a phenomenal place to live,” he said.

“The parks, recreation, family environment, tremendous schools” add up to make Gilbert “one of the hottest spots in the last probably 10 years,” Gray said. “They’ve done everything right.”

All of these marks in Gilbert’s favor come at a price, however.

“One of the little problems we have in Gilbert is the median price of a home is running at about $400,000. So that may get a little expensive,” Gray said.

In the current economic climate, taking on a mortgage that’s even “a little expensive” brings even more trepidation than usual.

Saco acknowledges that it is “kind of a weird time to take on a bigger mortgage.” The software company her husband works for is doing well and she is reasonably confident in his job security, “but you never know.”

“We felt pretty good moving forward, but it’s always kind of in the back of your mind. Like, is this a bad time to buy a home?” Saco said.

The Sacos were presented with another complication earlier this month when the Centers for Disease Control and Prevention issued a nationwide moratorium on evictions through the end of the year. The Sacos, who kept their old house and rented it to friends, could be in a financial bind if their renters couldn’t pay the rent. 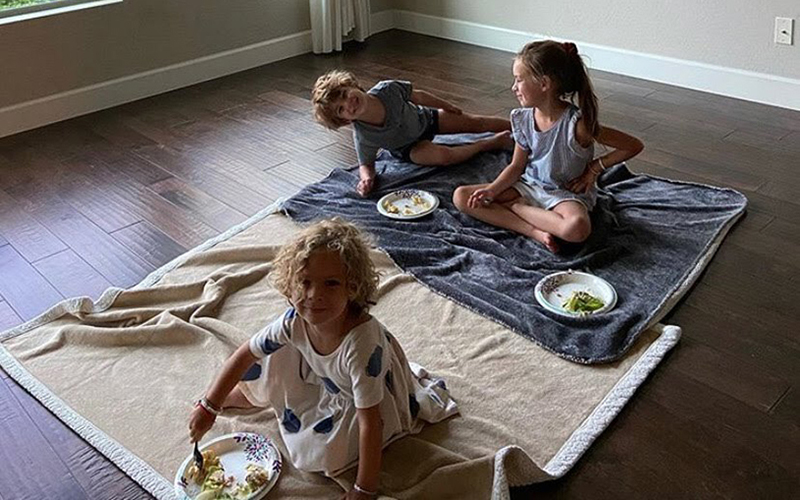 The Saco children settle into their new home in Gilbert on closing day in August. Nadia Saco said it took months of house-hunting and a couple lost bids before the family landed their dream home in what she called “a crazy, crazy market” for housing. (Photo courtesy Nadia Saco)

“I know these tenants well and they seem to be in a good financial spot,” said Saco, who called the eviction moratorium a “slight concern.” But “I just don’t know what would happen if our tenants couldn’t pay, because we can’t afford to pay both” mortgages without the rental income.

But Gray sees little risk of foreclosures increasing in the current market. All a strapped homeowner has to do is “put their home on the market, it’ll be sold in two days.” Unlike the recession, he said, homes have equity now and homeowners “have something to sell today, where they didn’t have anything to sell” during the housing bubble then.

Owners of rental properties could face challenges because of the eviction moratorium, which runs through Dec. 31.

“If landlords put those houses on the market Jan. 1, they’d be purchased immediately,” Gray said. “But if you put the property on the market right now with no stream of income (from renters), who would buy it?”

But Gray expects the effect of the eviction policy to be little more than a “blip” on the housing market.

“It’ll be absorbed. Our market is so strong,” he said. He concedes that “some people who get hurt along the way,” but notes that foreclosures overall are low now and will remain so.

“The foreclosures are going to go up, but they’re so low right now they’re not even normal,” he said. “So if they go up, it’s still going to be a normal marketplace.”

As for Saco, she’s focused now on her house, not the housing market, eviction moratoriums or job worries. The new neighborhood is “very family friendly” with welcoming neighbors and a park practically next door where they can “walk over there with our kids in the mornings and in the evenings when it cools down.”

The house itself is about 1,000 square feet bigger than their old one. Saco’s husband finally has his own home office, and their children now have an “actual backyard” to play in.ÿ